The Chicagoland Spring Marathon was held on Sunday May 17, 2015 with the full and half marathons both starting together at 7:05 am in Schaumburg, IL.  Packet pick up was on Saturday at Dick Ponds Running Store in Hoffman Estates.  There was a long line to get your bib, but it went quickly.

Sunday morning my alarm went off at 5 am to start my pre-race coffee, bagel and banana.  After only 4 hours of sleep, I was slow to get moving.  A couple cups of coffee seemed to do the trick and we were out the door by 6 am. 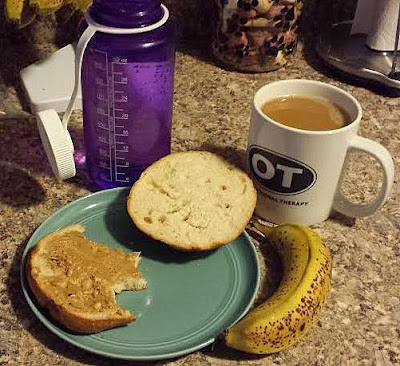 This race is close to home.  We arrived at the starting line and parked by 6:30.  I was tired, but excited to run and line up with the 8:00/mile pace group.   The temperature was in the lower 70s and the humidity was at 70%. 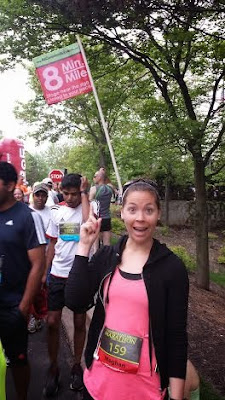 I had met a fellow runner at the packet pick-up and we both had the same pace goal.  We lined up together and talked for the first hour of the race. 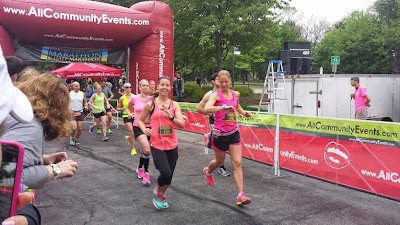 The course went through Busse Woods which is a beautiful wooded area with asphalt paths running throughout. The race field was small enough so that we were comfortable on the paths without feeling overcrowded.  There were even bicyclists and non-marathon runners out on the path for their morning workout and there was still plenty of room. The only part of the course I did not like was the multiple out and backs.  At one point, we did the same out and back twice.  I do understand the constrictions of the park itself, but it did seem like too many.  Also, I’m pretty sure at one point a girl walking next to me just turned around instead of getting all the way to the end and turning around.  Cheating is never a good thing. 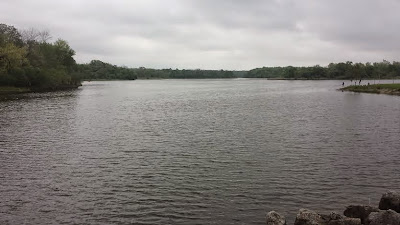 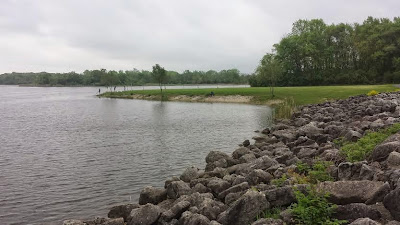 The first 7 miles of this race were a breeze for me.  I was hitting my 8:00/mile goal on target and I was excited to see Chris cheering me on at mile 6.5.  I had some unrest in my stomach, but it was something I decided I could push through.  My legs felt fresh and moved effortlessly. 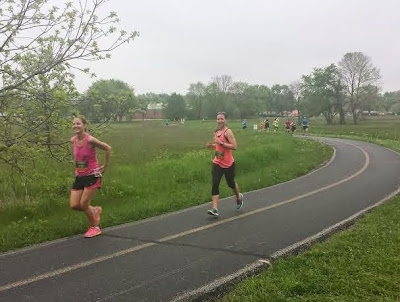 Miles 8-13 I started to feel the effects of the humidity.  I was drenched in sweat.  I took one cup of Gatorade and one cup of water at every water stop, but I felt parched and I had difficulty stomaching my Clif Shot Bloks.  Around mile 12, I was told by a spectator that I was in the top 20 for the women and to keep pushing.  I got a (short) second wind and kept pushing on despite my pace falling to 8:10-8:20/mile.  After the hallway point, I started to alternate running and walking.  I noticed a lot of other runners struggling as well.  I kept moving knowing that I would see Chris at mile 17.  When I finally got to that point, I teared up seeing him.  I was exhausted and ready to quit.  He gave me a pep talk and said he’d see me at mile 21 to check on my status.


I tried to put my head in the game for 4 more miles until I could see him again, but my pace continued to slow and I was walking more than I was running.  By mile 19, I noticed I had stopped sweating despite the heat and humidity.  My hamstrings started to cramp up and I knew that I was done.


I reached mile 21, spotted Chris, and I told him I had enough.  He said I was looking a little pale (which, for me, is unbelievable as I am always bright red when I run). I stopped at the last nearby water stop and downed 4 cups of Gatorade.  I also drank half the water in my Nalgene when we got to his car.

Sitting down in the car seat I felt like a quitter and a failure.  I was discouraged beyond belief.  I had never stepped out of a race before despite how hard I had to push and struggle to complete it. I was tired, but I also thought I had made a mistake for deciding to DNF.

When we arrived home, I immediately took off my sweaty gear. I stepped on the scale as I was curious just how much I was sweating out.  I had lost 4 pounds.  That was after drinking all of that Gatorade and water.  Seeing that number convinced me that I had made the right decision in stepping off of the course.


Am I discouraged? A little.  I feel as though I could have kept going. I could have pushed through and at least had a sub-4.   But my body was giving me a signal to stop.  I have enough medical background to understand if I stop sweating during a hot and humid race, my body is being overworked and could have dangerous consequences.

Yesterday my body felt good considering what it went through.  My hips and back were sore, but felt better as I moved around throughout the day.  I also focused on drinking tons of water (over 100 oz), eating water rich fruits and vegetables, and healthy proteins.  Today I finally don’t feel thirsty.  The soreness is also gone. 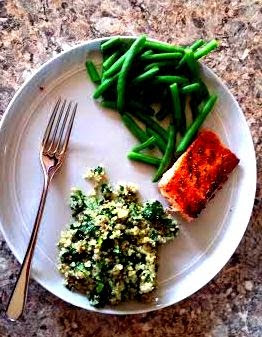 This race was a huge learning experience for me.  I am proud of myself for recognizing the signs of dehydration, however I do believe I could have prevented some of the problems.  First off, I definitely went out too fast.  I often have this problem at races.  It is so easy to get caught up in the excitement.  Sunday I was trying to stick with a pace group that started around a 7:45 mile and averaged less than 8:00/mile through the first 6 miles.  I eventually decided to fall back from them, but it was a little too late.  Second, I need to drink and eat more in the morning.  I didn’t have much of an appetite because I was exhausted from the lack of sleep.  However, as I was unable to eat my fuel during the run, the morning breakfast would have provided me with more energy.  Drinking more water in the morning could have also helped me with my fluid consumption.  Third, deciding when to pull out of a race is very difficult.  It was hard to determine if what I felt was discomfort or something worse since it was not pain related.  Listening to your body is definitely the most important part of racing and I think the most difficult aspect for some of us to achieve.


The Chicagoland Spring Marathon is definitely a race I would do again.  The course was gorgeous and very relaxing.  The entry fee was very reasonable (I think I paid $75).  Hopefully the weather will cooperate with us better next year.