1. Augie has a UTI. Poor girl has been having it rough these past two days. 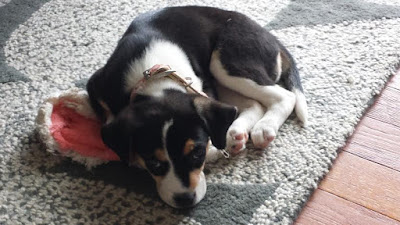 2.The two dogs have been getting along wonderfully. We've been making a point to spend time with each of them individually, especially Peyton.  We're trying to avoid any sort of jealousy. 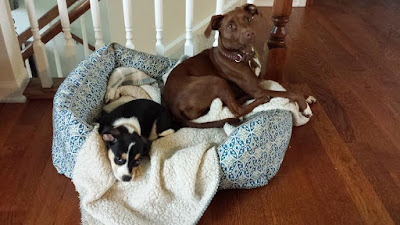 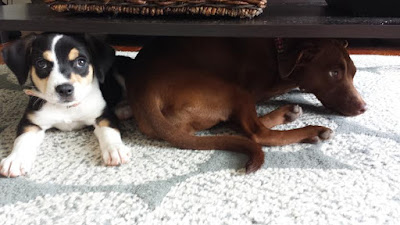 3. We went to Benihana's for a friend's birthday on Tuesday and I ordered sushi.  Normally I get one of their dinners cooked on the hot grill, but sushi sounded amazing.  This was the Wow Sushi and it was fantastic.  Each one had different toppings but were each stuffed with crab meat. 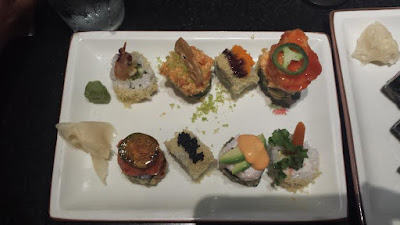 4.  Blackhawks won Game 4 and the series is tied! Chris and I are considering spending a whole month's mortgage on Game 6 tickets at the United Center.  Something tells me that is not the best idea since I am working only 2 days a week now.


5. THERE IS A HARRY POTTER PREQUEL?!?!? This is the most important thing that has happened in my life (since I got married last October of course).  Eddie Radmayne is set to star in it.


In other news..... I've finally started running consistently again.  We've been having some beautiful weather here, making me want to spend a lot time outside. 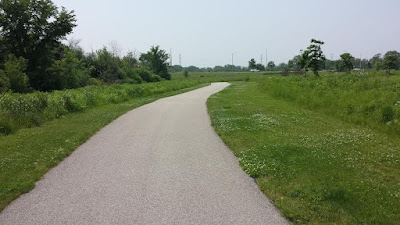 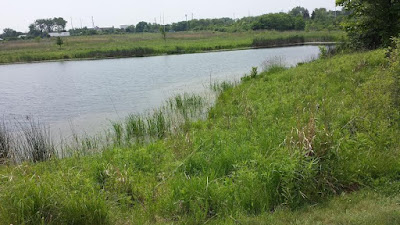 Tuesday I was able to get 10 miles in the morning.

Today I got a shorter run in before taking Augie to the vet.

Peyton has been loving it too and we've been going for a lot of walks together. 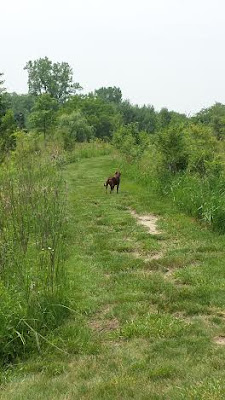 On top of the running and walking, I've been going to random spin classes and trying to keep up with my strength training. Apparently I really like to exercise.


What are you doing today?

Are you watching the Stanley Cup Finals?