Packet pick-up was at Dick's in Lisle and I picked my packet up Thursday day.  They also offered race day pick-up.  I noticed there were no lines for packet pick-up the day of the race and I will save the drive next year and get my packet race day.  The goodie bag included a long sleeve technical shirt, a winter hat, and local race advertisements.

The weather forecast for the race was 90 degrees and humid.  It rained Saturday afternoon causing a slight temperature drop, but it was still warm.  I think the weather scared most registered runners off as it was a small field of people at the starting line.  I was very surprised to see so few people show.  In the Chicago area, July is usually very hot.  That is what you signed up for and you should adjust accordingly. 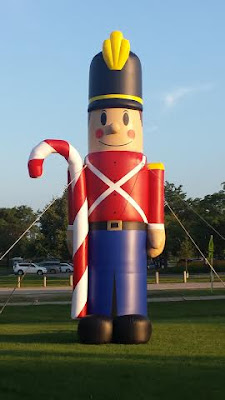 The 10k course was the 5k loop run twice.  The course took you through the Lisle Community Park which was surprisingly large.  It was an asphalt path that twisted through wooded areas and the various sport fields at the park.  There was also a short section run on the street.  The event was very well staffed and there were many police officers blocking off streets to traffic.

Due to the heat, I decided to try to get a nice lead on the pack during the first loop and maintain the lead during second loop.  My first three miles splits: 7:12, 7:17, 7:36.  There was an open circle at one point that allowed me to see who was behind me. I could only see one guy in my sight and decided to slow my pace to allow me to finish strong and to keep my lead. 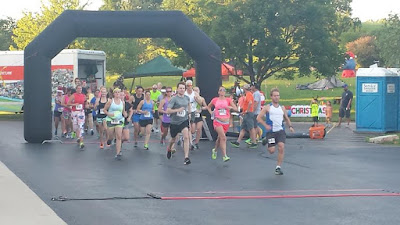 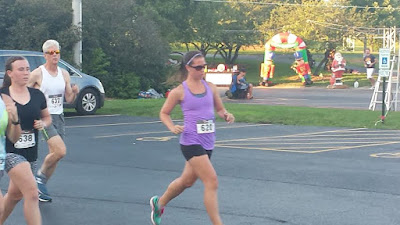 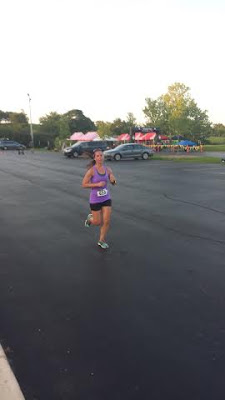 Coming down the finishing shoot I had a huge smile on my face and I was happy to see my family!  I had just won overall female! 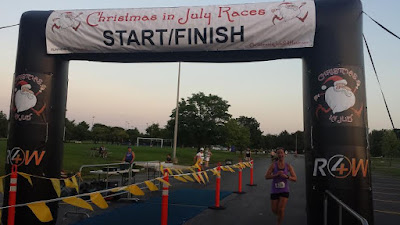 My official finishing time was 47:53.

Awards were originally supposed to be at 8:30 after the first finishers came through.  Because of the small field, they waited until about 9 to start the awards.  There were some major issues with their timing chips and after 3 attempts (and 30+ minutes later) they were able to start announcing overall and age group winners. 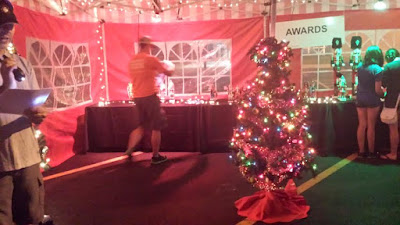 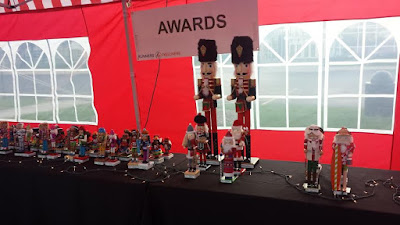 The awards were amazing.  They did a great job finding unique and different nutcrackers.  One of the them was an astronaut!  I was very pleased to get a glittery nutcracker myself.  I believe the overall male and female winners also get free entry into next year's race, but I didn't confirm it with the race director. 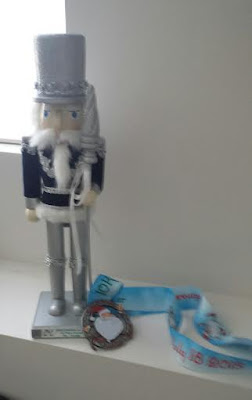 Overall this was a fun, local race to run.  I loved that it was close to home and the course was very well marked.  Even though I lost track of the runners ahead of me, there were plenty of signs to direct me where to go.  It was overall very well organized besides the chip timing issue.  The Christmas theme was fun and they did a great job along the course sticking with the theme with different Christmas inflatables and lights.

I was happy with my time and my first place finish despite slowing down my planned pace due to the heat.  My original goal pace had been 7:15/mile.  This is a local race that I would love to participate in again!
Posted by Meghan at 1:28 PM