It has been pouring on and off here today.

The room that I worked in today have pipes running down in one corner.  You could hear the water rushing through them.  And of course fourth grade boys think it's funny to bang on them.  That gave me visions of the them bursting and water gushing everywhere.  No thank you.

I was looking forward to today's run as it is the shortest one of the week and I'm starting to feel the mileage.

Those hill sprints were tough but over before I knew it.

I ran around the neighborhood on the streets to avoid the mushy and wet trails.  I somehow manged to find flooded areas and my shoes came back soaked.

The thunderstorms today also brought the humidity.  It was HOT while I was running and I was sweating like crazy.  On top of that, the wind would blow every so often and it moved the sweat into my eyeballs.  That stings. 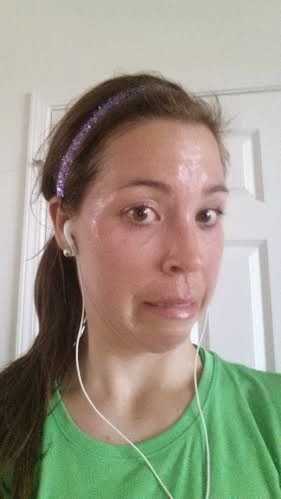 I found 26 cents while out today.  Next best thing to a sponsorship, right? 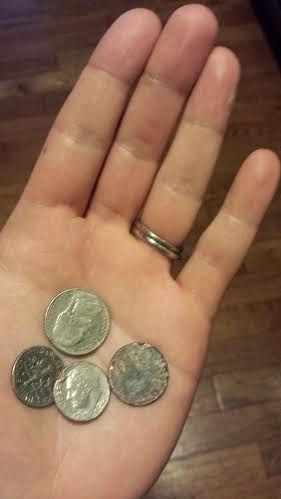 I managed to find the perfect time to run between thunderstorms. Once I finished the hill sprints on the treadmill it was pouring again.

I finished up my workout with about an hour of weights.  I focused on shoulder, bicep, and tricep exercises. 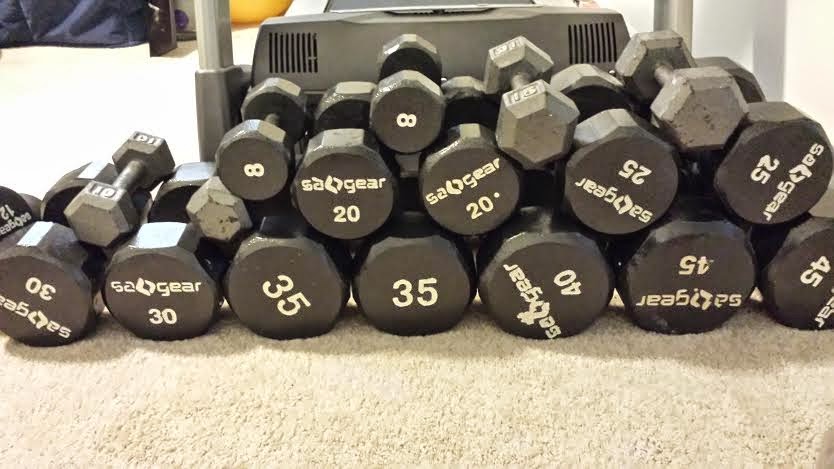 Does anyone else pick up change while running?